Valentine’s Day is here again. And, with it, come the ads for roses, chocolate and other goodies. Why do we celebrate love on the 14th of February? Why do we give our lovers flowers and candy? It’s a tradition that goes back to our pagan past but the modern world has added a lot of expectations to the holiday.

The origins of Valentine’s Day

While the holiday, as we now know it, is named for a Catholic saint, its origins go back much further than Catholicism. It’s important to understand the months of the year — and how they got their names— to find the roots of Valentine’s Day.

February was known, in ancient Rome, as Februatio. The name comes from Juno Februtis, an aspect of Juno as fertility goddess.  It was the month of the purification festival, as it was the last month of the year on their calendar. This was deemed an apt time to shed the old, the bad, the stale in preparation for the new year that began with the spring. There were numerous festivals during the month, the most important of which was the Lupercalia.

Lupercalia was very popular. The 15th day was dedicated to the purification of Rome itself and the city’s fertility for the year. The festivities were held on the Palatine Hill, where Rome was said to have been founded by Romulus and Remus. In the cave where the she-wolf was said to have suckled the duo, a sacrifice was made of goats and a dog. The goat skins were made into loincloths and whips were made of them, as well. Young men would dress in the loincloths, then run around the city’s boundaries with the whips, whipping people who came near. This was believed to drive away ill luck and bring fertility. Women who hoped to get pregnant would make sure that they were struck. Of course, the whipping was gentle: no need to draw blood, as it was a symbolic strike.

Christianity finds a way to absorb the ancient festivals.

Who was St. Valentine? That’s not entirely clear. One story says that he lived during the time of Claudius II, who banned marriages to prevent so many young men avoiding the draft. A priest named Valentinus performed secret marriages and was sentenced to death. While he was awaiting execution, young lovers sent him notes of support. These were the first Valentines.

Or a Valentinus was jailed for the same offense and fell in love with the jailer’s daughter. He would write her notes from “your Valentine.” He was beheaded and buried on the Via Flaminia, where Pope Julius I later built a basilica. Or he was yet another Valentinus, a bishop of Terni, who was caught performing marriages and executed. Take your pick, they’re all likely apocryphal.

That didn’t matter to the emperor Gelasius who, in 469 CE, declared February 14th a holy day to honor one of the Valentinus’, in order to bury memories of the gods who had been honored on Lupercalia. It worked, and Christianity absorbed yet another pagan holiday. Now the day was celebrated by honoring St. Valentine and choosing the names of martyred saints out of a box. That saint was then honored with votives and prayers.

A Renaissance for Valentine’s Day.

In the 14th century, Valentine’s Day became associated with love and romance, where before it had been about faith. The Renaissance brought a rebirth of humanistic thought which colored art and literature. It was not much of a leap to reconnect the spring to fertility, love and romance. Geoffrey Chaucer wrote in his Parliament of Foules:

For this was sent on Seynt Valentyne’s day
Whan every foul cometh ther to choose his mate.

So the 14th of February became the day for lovers rather than martyrs (though sometimes the two meet, but we won’t go there). It became common to send love letters and sing ballads to one’s beloved. The 15th century diarist, Samuel Pepys, described elaborate gift-giving among the London elite on Valentine’s Day.

The practice of giving Valentine’s Day cards grew from the tradition of sending love letters on February 14th. Image: Library of Birmingham

The practice of giving Valentine’s cards grew from the tradition of sending love letters on February 14th. The first ones were hand-written and very plain. In the 1820s, special paper became available and was popular in both England and America. With the standardization of postal rates, it became easier to send these notes through the mail and Valentine’s cards saw their genesis. They began as sheets of paper that could be folded, waxed closed and mailed. The first actual Valentine’s Day card was said to have been sent in 1415 by the Duke of Orléans, who was imprisoned in the Tower of London, to his wife.

As for the modern card, as we know it, that is said to trace back to Massachusetts in the mid-1800s. Esther A. Howland was a student at Mount Holyoke College when she began to make cards in the style of one she had received from an English admirer. Esther’s father was a stationer so she didn’t have far to go to sell her creations. Massachusetts grew into the center of Valentine’s Day cards in America.

Before the Civil War, the practice of sending Valentine’s Day cards was common but not huge. The New York City postal supervisor estimated that he had taken in over 21,000 cards for February, 1862. But it was in 1865, after the War, that cards really became popular. In New York City alone that year, more than 66,000 cards were mailed. The business of Valentine’s Day cards boomed and has been a huge money-maker ever since.

Some of the cards were so elaborate that they cost hundreds of dollars. One Broadway dealer sold at least seven cards for $500 each in the 1890s! When you consider that early Valentine’s Day cards could be incredible works of art — like those of Kate Greenway — or could contain expensive gifts, we should be thankful that the prices fell to what they are today.

What’s up with those little naked babies?

The cherubs often associated with Valentine’s Day come from the god of love, Eros. His Roman name, Cupid, is the one most know him by. He was a bit of a Mama’s boy, often accompanying Aphrodite/Venus on her love-inspiring missions. The arrow thing is part of his mythology and he would dip them in a love potion and shoot them to inspire love. Once he married Psyche, his archery days were over. The myth of Eros and Psyche is an analogy for the maturation of human love: during our teens, we fall in love easily, developing crushes. But when we mature, we enter into adult relationships. Ideally. The cherub aspect of Eros was grabbed by Renaissance artists to accompany Aphrodite and the association with them and love stuck. Since roses were also associated with Aphrodite, they became symbolic of love, too. We’ll get to them in a moment.

What about the chocolate?

Sticking with Aphrodite (and why not?), we come to the topic of aphrodisiacs: named for the goddess. These substances are said to inflame desire and make the beloved more open to romance. Many foods were considered to be aphrodisiacs, among them are oysters (anything that came from the sea, as the goddess did), honey, figs (when opened, it’s said to resemble the female genitalia), basil and almonds. With the discovery of the New World, this list expanded to include bananas (phallic shaped foods, in general), avocado (see figs) and chocolate.

Chocolate, the most popular candy in the world, was cultivated by the Mayans and Aztecs over 2,000 years ago. Chocolate, from the Aztec “xocoatl,” was used in rituals. Fermented beans were used to make an alcoholic drink. Cacao beans were used as money. The Aztec king, Montezuma, would drink a powdered cacao beverage to improve his sexual performance. When chocolate was imported to Europe, sweetened and formed into bars or drops, it became popular among the rich. And, in light of Montezuma’s practice, was added to the list of aphrodisiacs.

The custom of giving your beloved flowers for Valentine’s Day may date back to the early 18th century. King Charles II of Sweden returned from a visit to Persia with a new art: the language of flowers. This became a fad throughout Europe, with lists and lexicons of the “language” published. In the language of flowers, the red rose represents love. That symbolism has spread beyond the secret flower language and the red rose remains the most popular flower to give on Valentine’s Day. If you want to be different, or more specific, take a look at the list and choose accordingly.

Other goodies that have become popular to present on Valentine’s Day include jewelry and clothing… lingerie, to be precise. Stuffed animals are also favorite gifts. Other candies — most notably those chalky hearts — try to compete with chocolate but they are left in the dust.

Valentine’s Day has become, like many American holidays, overly commercialized. It’s referred to by many as a “Hallmark holiday,” for the card company that makes billions on the 180 million cards bought annually. Giving gifts for Valentine’s Day isn’t required but, boy, a card is! If you’re married or have a significant other, that is. Singles seem to be on the outs when it comes to Valentine’s Day but, increasingly, they are banding together to thumb their noses at the holiday.

When it comes right down to it, Valentine’s Day is about love. It can be celebrated by couples simply or extravagantly but that shouldn’t really matter. Just being together on Valentine’s Day should be enough, no matter what Zales or Cadbury says. Enjoy each other — everything else is just fluff. 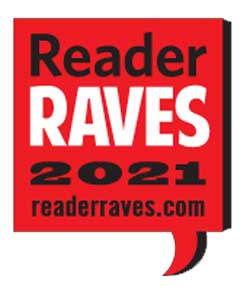 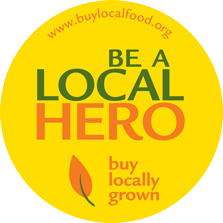